Prepare to be amazed at this performance by virtuoso classical accordionist Ryan Corbett. Corbett won the Royal Over-Seas League Music Competition in 2021, and his playing has a freshness and brilliance which mark him out as a star of the future. His programme of music, composed or transcribed for accordion, encompasses an artful blend of baroque, romantic and contemporary styles. Initially self-taught Corbett is now recognized throughout Europe as an exciting young force on the classical music scene. .

His sound world, phrasing and musicality mark him out as a very special musician, and we look forward to supporting his future career – Royal Over-Seas League

Generously supported by the Royal Over-Seas League and CambridgeBID 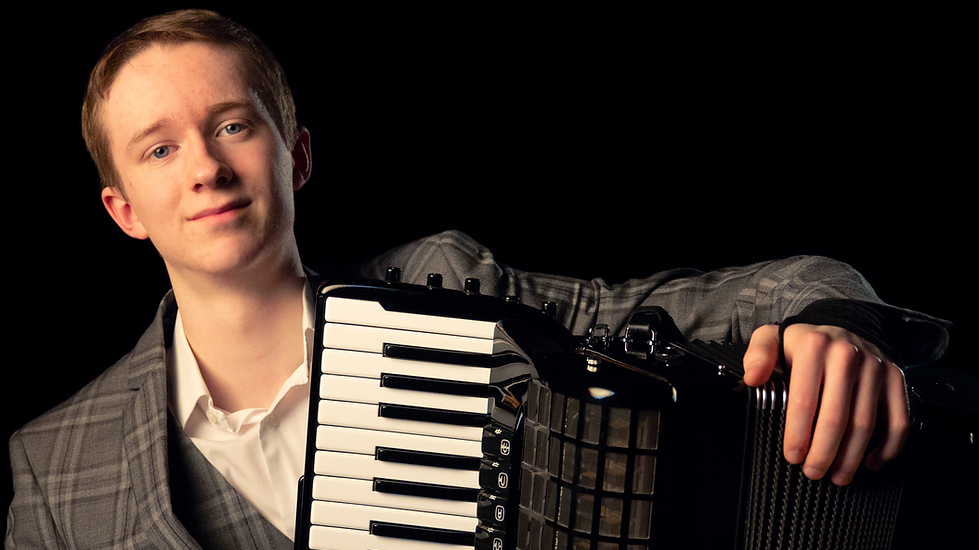