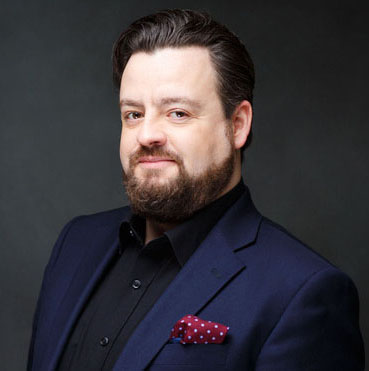 The Trustees of Cambridge Summer Music are delighted to announce the appointment of Ben Johnson, the acclaimed international tenor, as its new Festival Director. Ben will bring a unique combination of an outstanding performance career with the experience of founding and managing his own music festival. Ben will take his position immediately.

Henry Edmundson, Chair of CSM commented: “As Cambridge Summer Music moves to increase its scope and diversity, I am thrilled that Ben will be leading the CSM team. With his formidable reputation as a performer and his proven experience in other festivals, I have no doubt that he will steer Cambridge’s oldest music festival to even greater heights and ambitions.”

Of his appointment to Cambridge Summer Music Ben says: “I am thrilled to be joining Cambridge Summer Music as Festival Director. I join a passionate and enthusiastic team, and I thank them for their warm welcome. In a turbulent time for the UK Arts industry, I am particularly mindful of the value and privilege of providing world class music in the historic and beautiful city of Cambridge, something of great value to performers and audiences alike.” 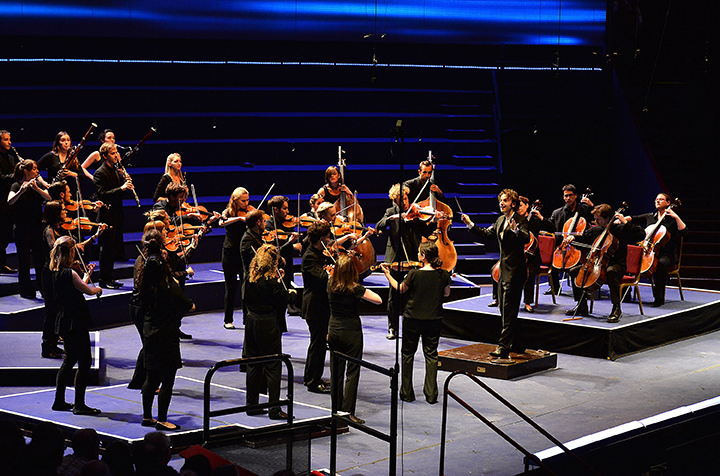 The 2022 Cambridge Summer Music Festival will take place from 15-31 July. Full details will be announced in May but here are a few highlights to whet your appetite:

Cambridge Summer Music (CSM) is seeking new Trustees to help the organisation scope a fresh vision that aims to serve a wide cross-section of the Cambridge population, putting quality and access at the heart of a new strategy. We are particularly looking for people with legal, financial or fundraising expertise.

Trustees are asked to:

Download further information and job descriptions via the links below.

Applications to be sent to the CSM Chair  (henry.edmundson@cantab.net) by Friday 22 April

This is an exciting opportunity to make a mark at one of the UK’s most renowned music festivals. The role focuses, in collaboration with CSM trustees and volunteers, on the preparation of and day-to-day administration of the main festival in July, as well as some further events outside of the festival season.

The position acts as the main point of contact for the festival and will assist in co-ordinating all concert schedules, venue liaison, contracting, marketing, PR, concert management and box office, as well as all other duties pertaining to the role.

A look back over our Summer Festival 2021 by Henry Edmundson 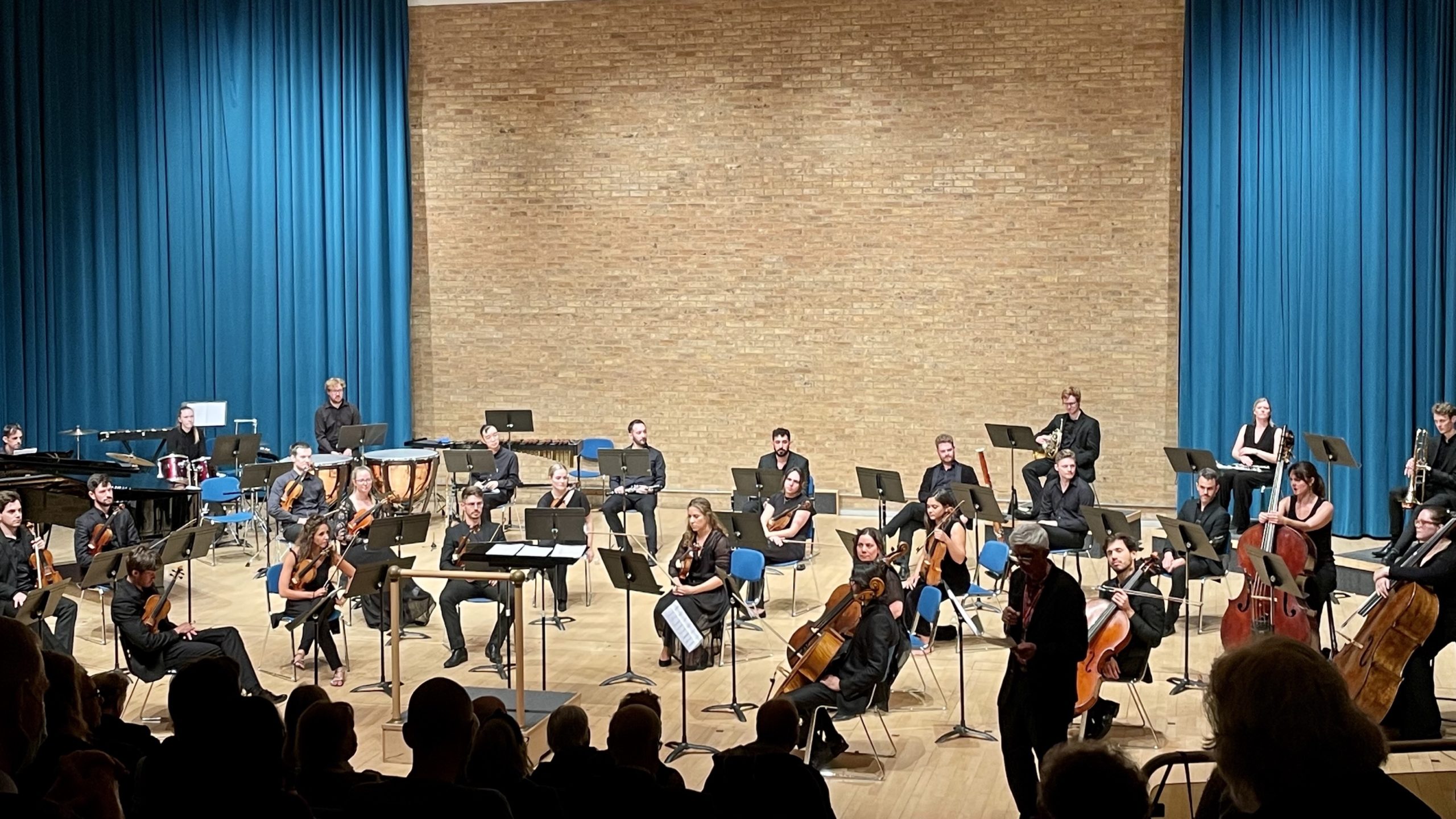 As the Faust Chamber Orchestra conducted by David Hill put the final flourishes on Gershwin’s “American in Paris”, Cambridge Summer Music’s two-week 2021 festival of over 30 concerts came to a brilliant and successful conclusion.

It was a question of triumph over adversity, with every step of the way threatened by COVID restrictions and protocol. In the end, concert-goers were treated to a spectacular range of concerts—piano, violin and cello recitals, a large selection of chamber music, two orchestral concerts, baroque harpsichord and operatic recitals, lieder, a children’s concert and more. It would be invidious to mention names—the detailed programmes can be seen here. Suffice to mention that several distinguished artists from Continental Europe negotiated COVID restrictions successfully and were on hand to perform as planned. Generous grants from the Delius Trust and the Cavatina Chamber Music Trust contributed hugely to our success, the latter providing over 400 young people, aged 8 to 25, free access to selected concerts.

Looking ahead, plans are underway for our Christmas concert, and 2022 looms large already.

A special focus on the music of Frederick Delius 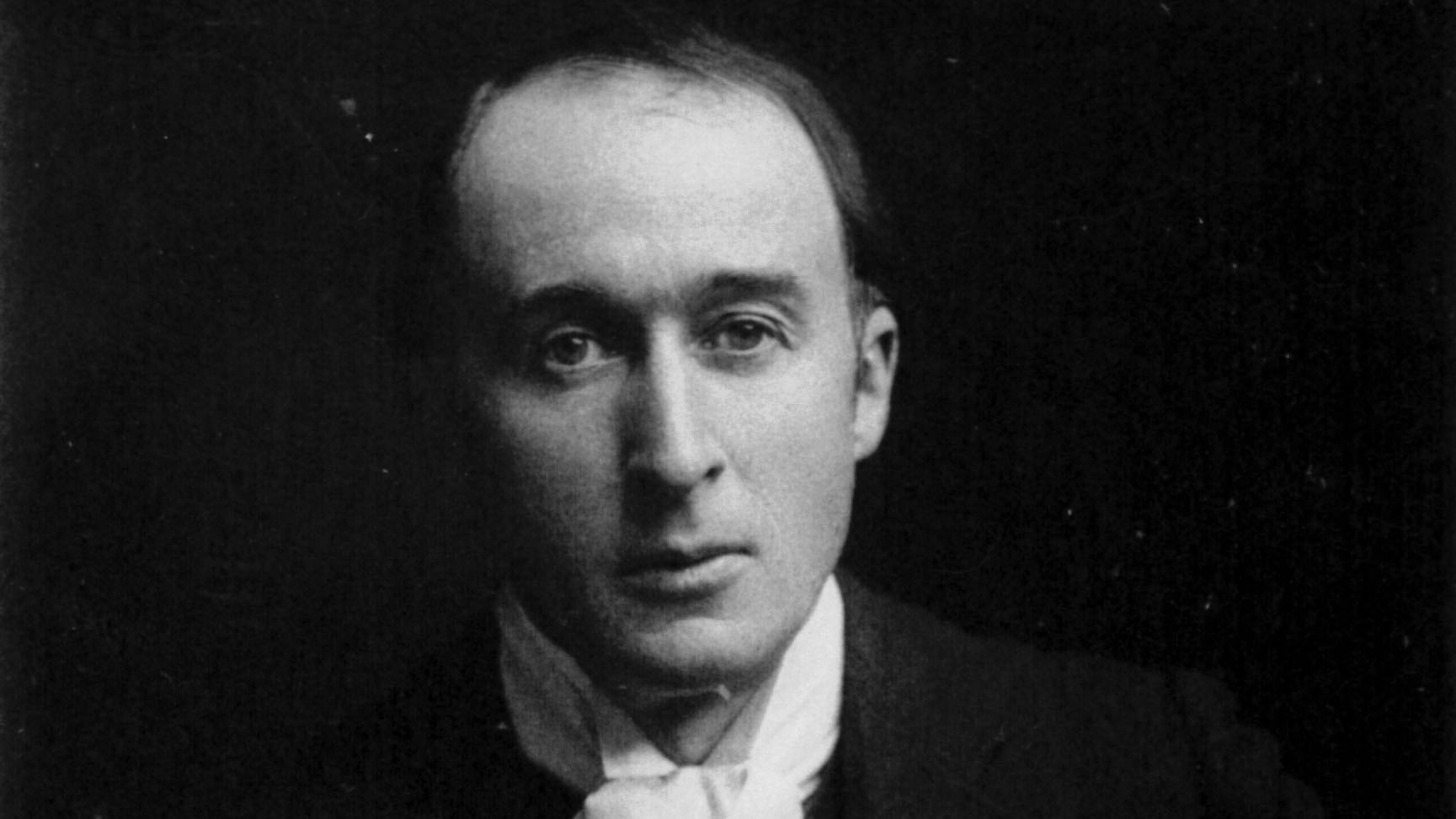 It gives me great pleasure that this year’s festival features so strongly the music of Frederick Delius, and we are much indebted to the Delius Trust for their associated funding. Delius’s music became a passion in my teens and remains for me the quintessential evocation of dreamy, tranquil English landscapes—somewhat surprising since Delius spent most of his life in the US and France. At the end of his life, at his home in Grez-sur-Loing south of Paris, he famously dictated his last compositions to the young amanuensis Eric Fenby. I do hope you enjoy our selection of his music, which includes his cello sonata and the large orchestral tone poem Paris–Song of a Great City. 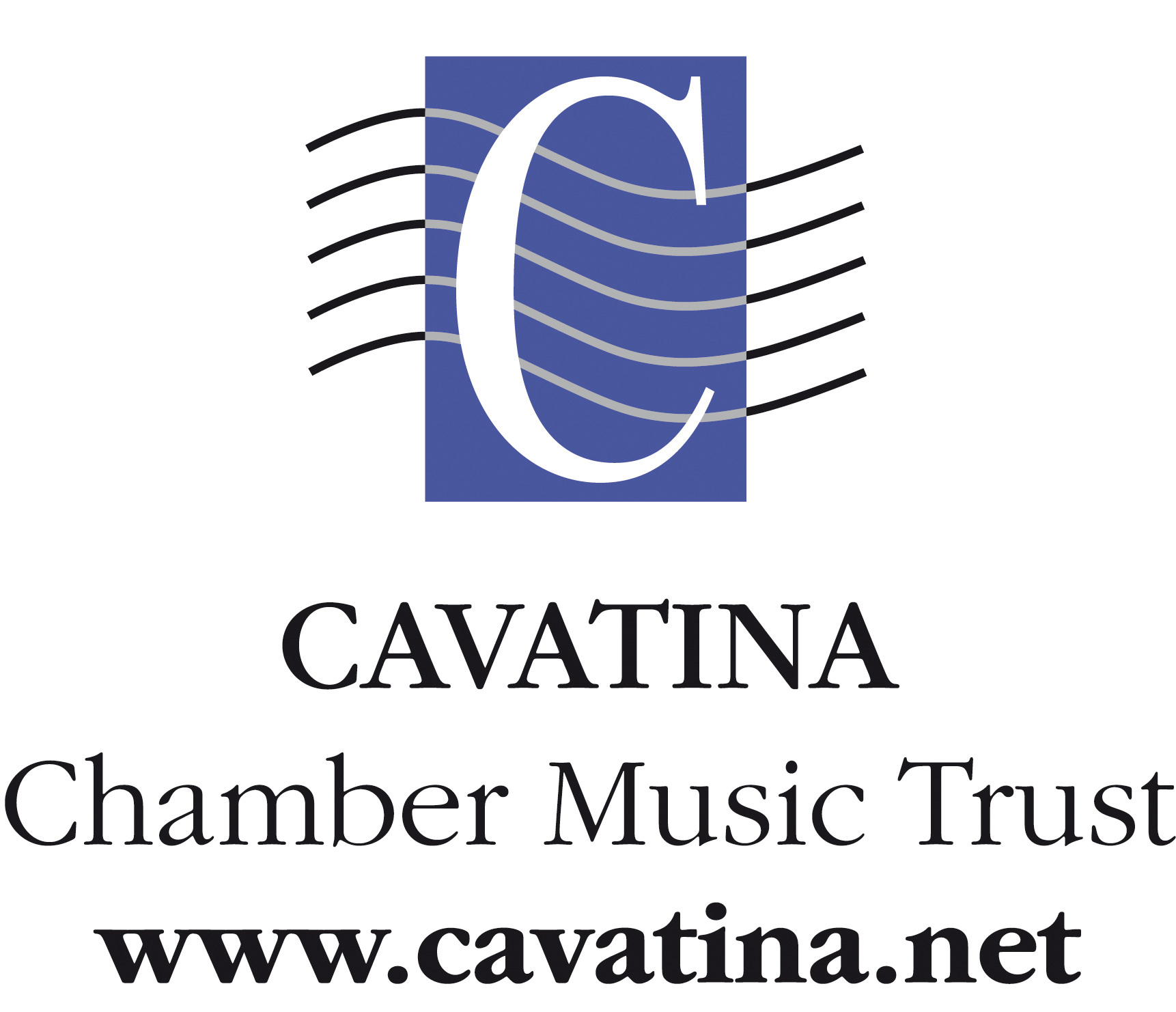 Cambridge Summer Music is delighted to become a partner of the Cavatina Chamber Music Trust which aims to develop the next generation of chamber music lovers and players.  Through the Cavatina Chamber Music Trust, Cambridge Summer Music is able to offer free entry for 25-year olds and younger to the wide range of chamber music we will be presenting at this year’s festival during the last two weeks of July. Our joint objective is to encourage as many young people as possible to attend this summer’s festival and experience the joy of live chamber music. 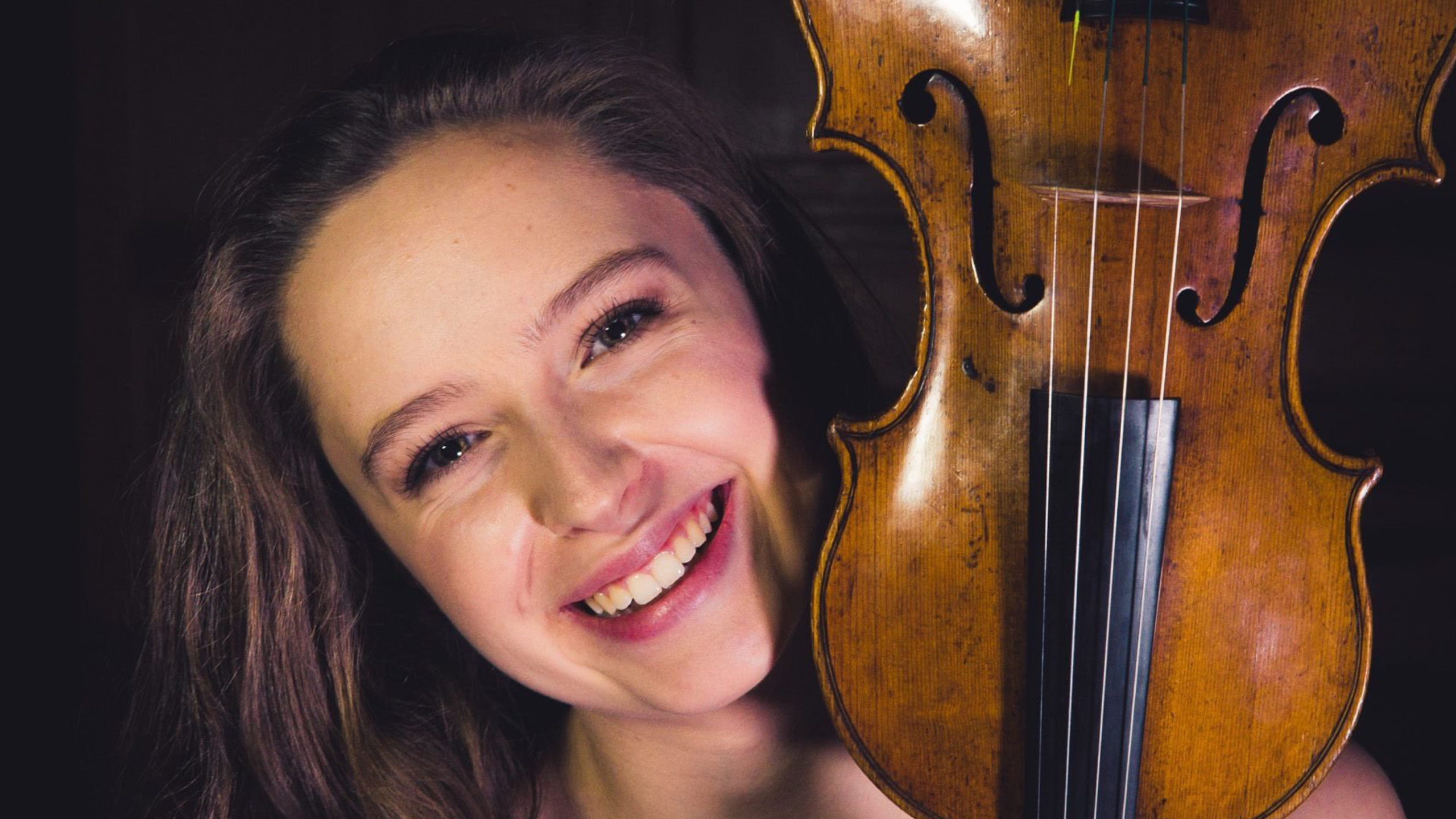 “After a year without live performance, it gives me great pleasure to announce this year’s Cambridge Summer Music Festival featuring more than 30 concerts and over 100 musicians. These challenging times have highlighted how crucial live music is to us all and it has been inspiring to be working with musicians once again to plan this festival for you.”

“This year our programme has a special focus on French and British music. The concerts span 500 years from the choral works of Renaissance master Josquin to the Impressionism of Debussy and Ravel, right up to the present day, with a world premiere by award-winning British composer Charlotte Harding that we commissioned in partnership with the Faust Chamber Orchestra.

We are also featuring the music of Frederick Delius including a new arrangement of his symphonic work ‘Paris—The Song of a Great City’, a performance of his cello sonata by Alexander Baillie and Nigel Yandell, his ‘Songs for Children’ performed by festival favourites Lucy Taylor and Jeremy Thurlow, and more.

We are delighted to be joined by so many wonderful artists from across the UK and Europe, with solo recitals and chamber music at the core of the festival. Highlights include the fascinating Swedish pianist Bengt Forsberg with an eclectic programme featuring Frank Bridge, Cécile Chaminade, Fauré, Elsa Barraine and others; the celebrated Chiaroscuro Quartet performing the sublime Mendelssohn String Quartet in E-Flat Major; and I will be joined by rising stars Joseph Shiner (clarinet) and Ben Tarlton (cello) for a late-night offering of Messiaen’s haunting ‘Quartet for the End of Time’.

Our children’s concert is bound to excite, with Tasmin Little as narrator joining Mark Austin and the Faust Chamber Orchestra for Saint-Saëns’ ‘Carnival of the Animals’. Beyond the mainstream classical repertoire, Classico Latino will take you on a journey to Havana and beyond, and Junior Prime Brass is bringing us music by Quincy Jones.

It will be truly exciting to experience live music again, and all of us at Cambridge Summer Music look forward to welcoming you to this wonderful programme of concerts.”

New website and a new look for Cambridge Summer Music

Welcome to the all-new Cambridge Summer Music website! The whole CSM team has been involved in this project with the aim of creating a site that’s inviting and easy to use. We’ve also taken the opportunity to give ourselves a fresh look with a new logo and branding from local designer Jonathan Williams.

The most obvious changes from our old website are visual but we have also tried to better serve both experienced and first-time CSM patrons with features including:

We very much welcome your feedback on any aspect of the new website – please feel free to contact us! 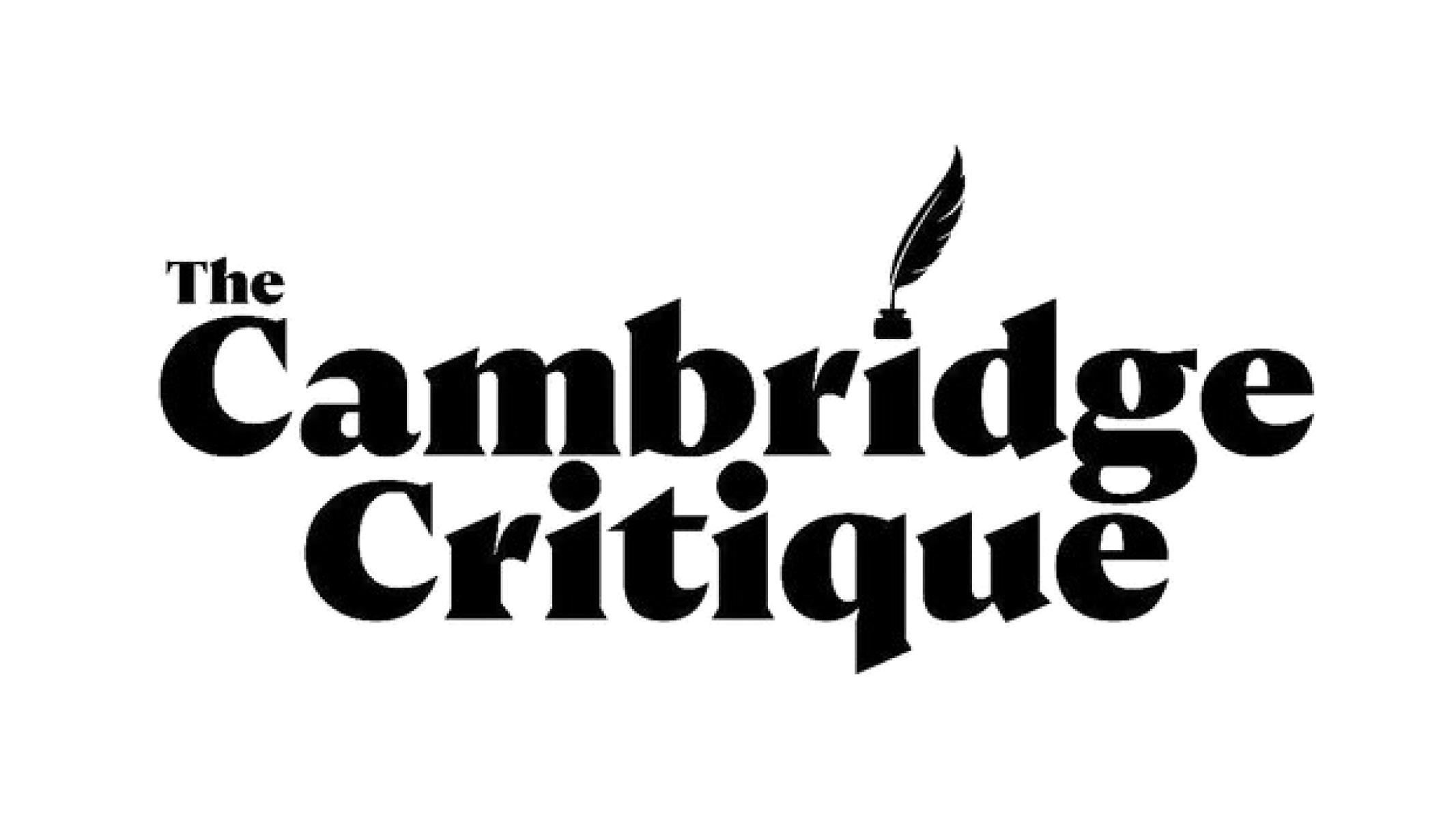 The Cambridge Critique praises CSM’s response to the Covid-19 pandemic.

“A recent editorial in The Times praised the world of creative arts in the way that many have responded to GLD (the Great Lock Down). The arts scene in Cambridge has certainly risen to an unprecedented challenge. With physical theatres, galleries and concert halls darkened, it is heartening to see some (but not all) of our local arts venues rising to the challenge of our digital age.

Take first the sterling offer just launched by the Cambridge Summer Music Festival. It has had to cancel this July’s great harmonious bean feast in what would have been their 42nd event.  Thirty concerts due to take place across the city, presenting a line up of world-class performers including Tasmin Little which was going to be one of her last appearances, local personality Guy Johnston, national treasure poet Roger McGough, and the much-loved Evelyn Glennie celebrating the 250th anniversary of Beethoven’s birth.  All that is now in the deep freezer, the virus is no music lover, but all is far from lost. The good folk are working on creating a Virtual Festival providing links to online performances we can enjoy at home. And it is all there for free.

Already online is an excerpt from the 2019 performance of the St John’s Passion which drew so much praise at the time. English Voices can be seen and heard performing ‘Ach Herr, lass dein Engelein’ on the stage at the sorely missed (at least by me) West Road Concert Hall. This being Beethoven’s big 250th, the Summer Music Fest also offers a stunning performance of his Piano Sonata in A flat, Opus 110 played by Leon McCawley. This was recorded at the Wigmore Hall and it is worth every one of the 20 minutes filmed.

Other great video clips include guitarist Manus Noble playing an exciting new piece by Gary Ryan, ‘Out of Clonmel’. It is beautifully filmed, the sound quality perfect and the lovely piece memorable. Start your lockdown day with this – it is a real tonic. It has the energy of ‘Classical Gas’ with the same ability to earworm into your brain. Be warned.

I was also delighted to see on offer local music heroes Prime Brass playing an amazing arrangement of La Vie on Rose, Piaf’s signature anthem. The band recorded each of their parts separately in their gardens, living rooms, kitchens and maybe even the odd bathroom or two. It was then cleverly put together to create a terrific ensemble sound that we have come to know and love. Though we won’t see them at the Botanic Garden this year, there is no taking the wind out of these brassy guys.

Take a look and a listen and no doubt the Summer Festival will be offering more tasty musical morsels.”