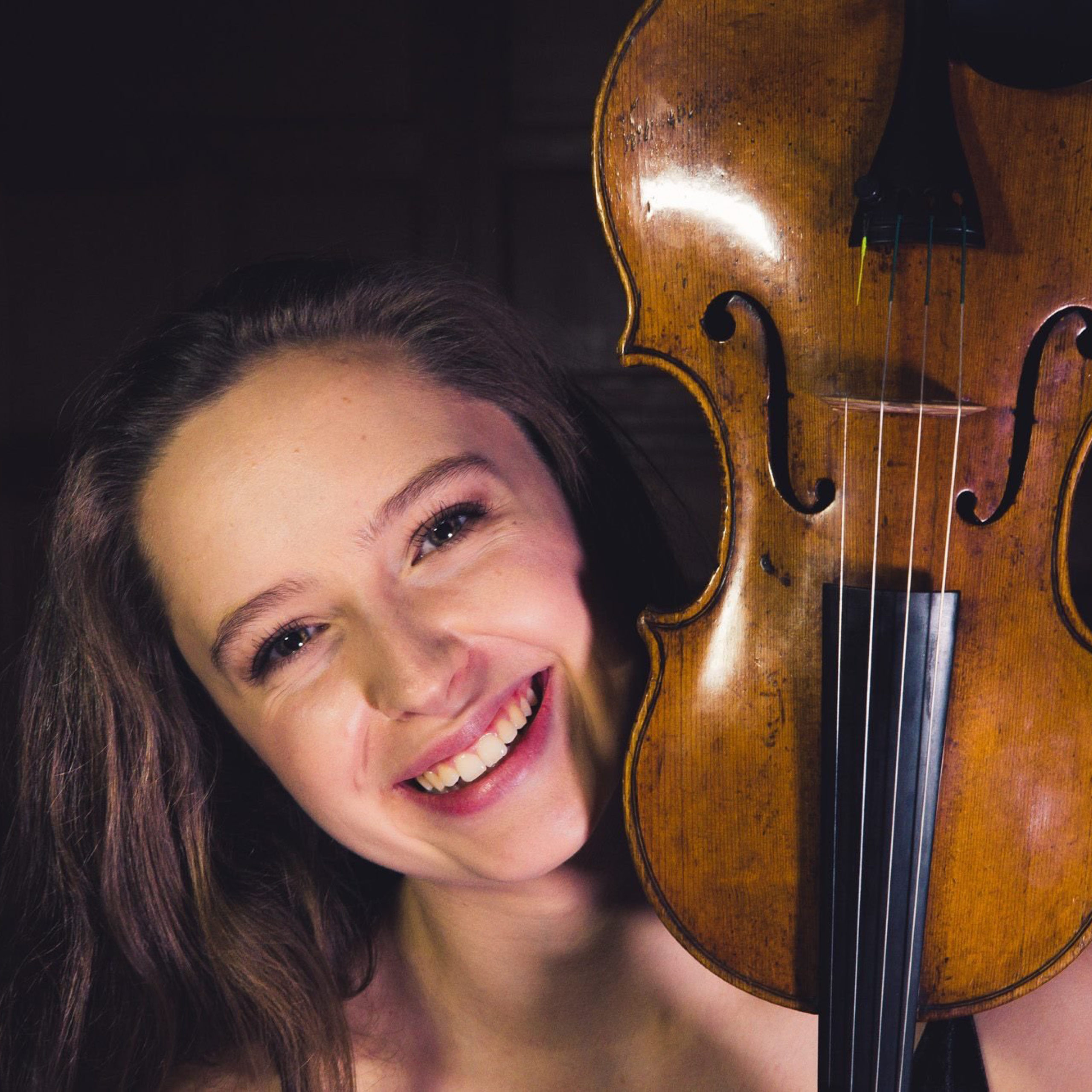 Freya began playing the violin at the age of four after begging her parents for lessons. She made her concerto debut aged just 13 at the Rachmaninov Insitute, Russia, and by the age of 14 had performed in Hong Kong, Penang, Kuala Lumpur, Bangkok, Russia, Norway and Germany. She completed her studies at the Royal College of Music, where she held a Foundation Scholarship. Since graduation she has enjoyed a busy solo career with appearances at many esteemed UK venues including Cadogan Hall, the Elgar Room at the Royal Albert Hall, Mansion House and the Purcell Room at Southbank Centre. Her 2021/2022 season will see her debut performances of Beethoven Violin Concerto and Karl Goldmark’s violin concerto.

Chamber music has always been one of Freya’s loves and is becoming increasingly important to her. As a chamber musician she has performed at Wigmore Hall and the Elgar Room at the Royal Albert Hall as well as premiering and recording Britten’s early String Quartets at The Red House, Aldeburgh and performing at Sandringham House for HRH The Prince of Wales.

Passionate not only about performing the music she loves but also bringing it to as many people as possible, Freya founded her first chamber music festival, now known as Stamford International Music Festival, aged 19. In 2019 Freya was delighted to join Cambridge Summer Music as Festival Director.

In her spare time Freya loves to cook and in the summer of 2020 moved from London to live near the sea in North Norfolk where she enjoys long beach walks with her dog. 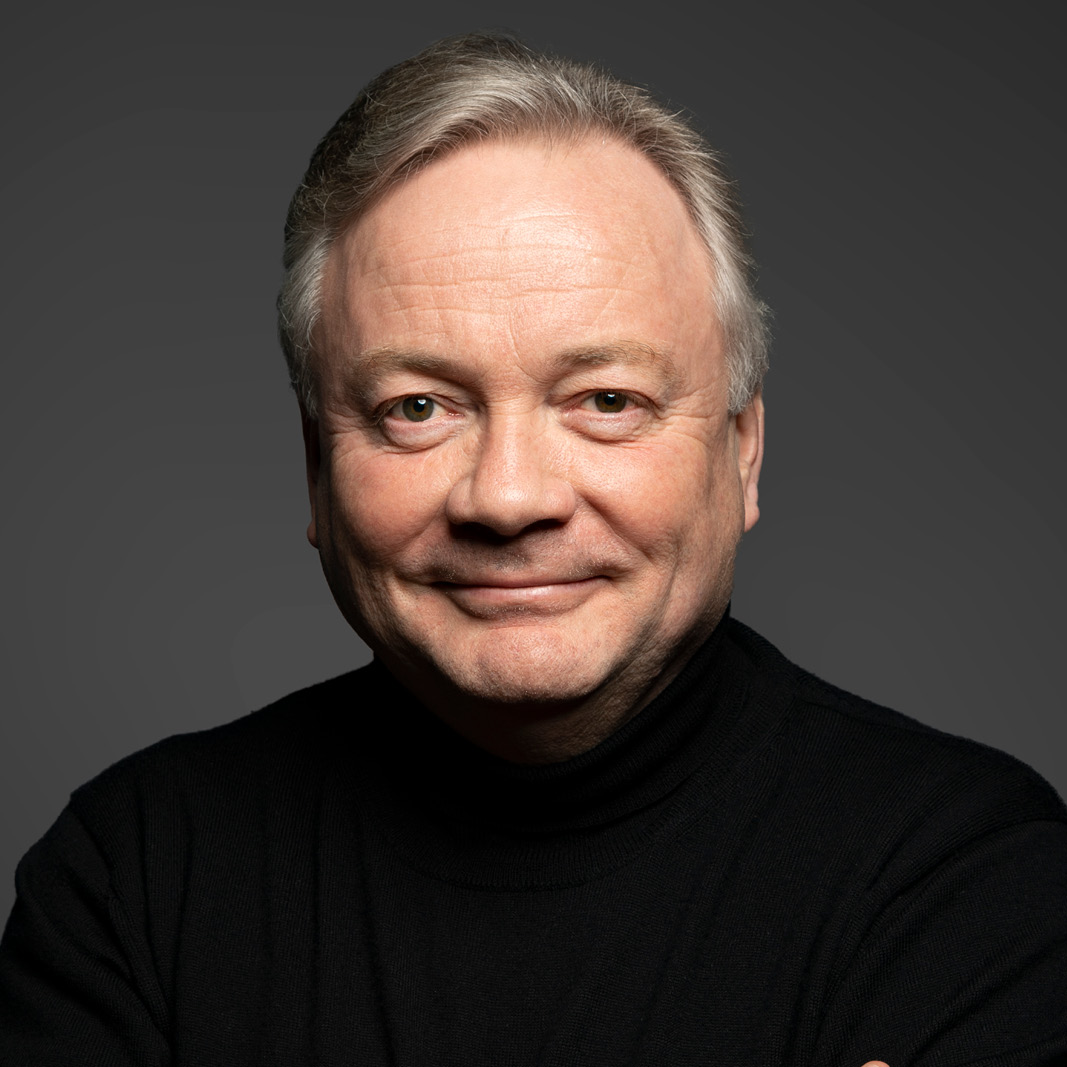 David Hill is renowned as both a choral and orchestral conductor. His appointments include Musical Director of The Bach Choir, Music Director of Leeds Philharmonic Society, Associate Guest Conductor of the Bournemouth Symphony Orchestra, Principal Conductor of Yale Schola Cantorum, and International Chair in Choral Conducting at the Royal Northern College of Music. He was Chief Conductor of the BBC Singers from 2007 to 2017 and is a former Music Director of Southern Sinfonia. David Hill has directed the UK’s most prestigious orchestras and guest conducted throughout Europe, the US and Australia. He holds an Honorary Doctorate from the University of Southampton for Services to Music and in March 2018 was honoured with the prestigious Royal College of Organists medal. In January 2019 David Hill was awarded an MBE for services to music. 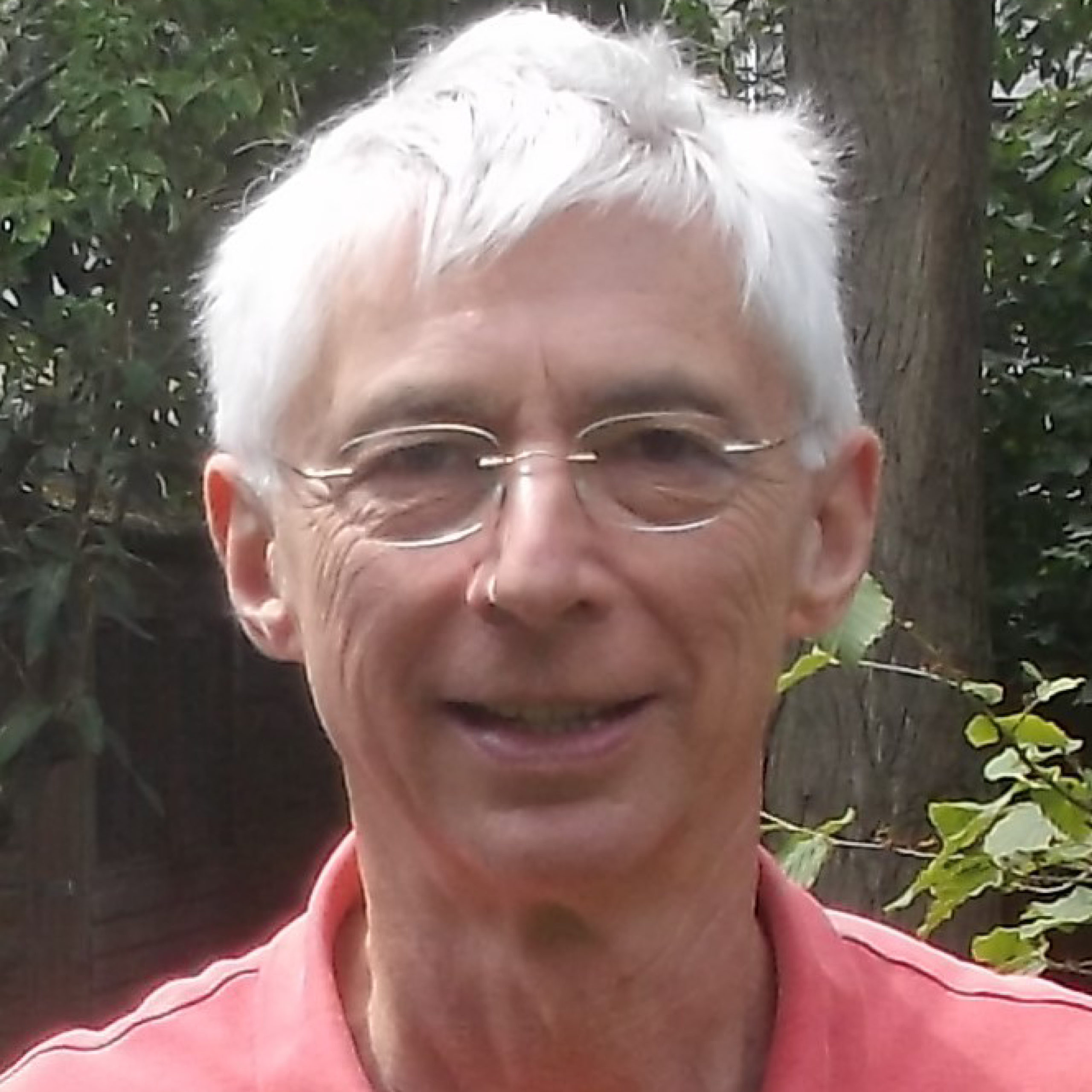 Henry Edmundson, MA (Cantab), MSc (Bristol), is a retired senior executive at Schlumberger Ltd, Paris having had responsibility for its worldwide scientific workforce. He is a lifelong amateur musician having studied harpsichord with Professor Gordon Murray, latterly of Vienna’s University of Music and Performing Arts, and piano with the international virtuoso Robert Goldsand, one-time pupil of Moriz Rosenthal. He has also been an active oboist. Henry has spent his entire adult life climbing and exploring in Afghanistan, the Karakoram, Tibet and the greater Himalayan Range. He is a member of the Alpine Club, the Himalayan Club and is a Fellow of the Royal Geographical Society. He has written three non-fiction books and resides in Cambridge. He is married with three children and four grandchildren. 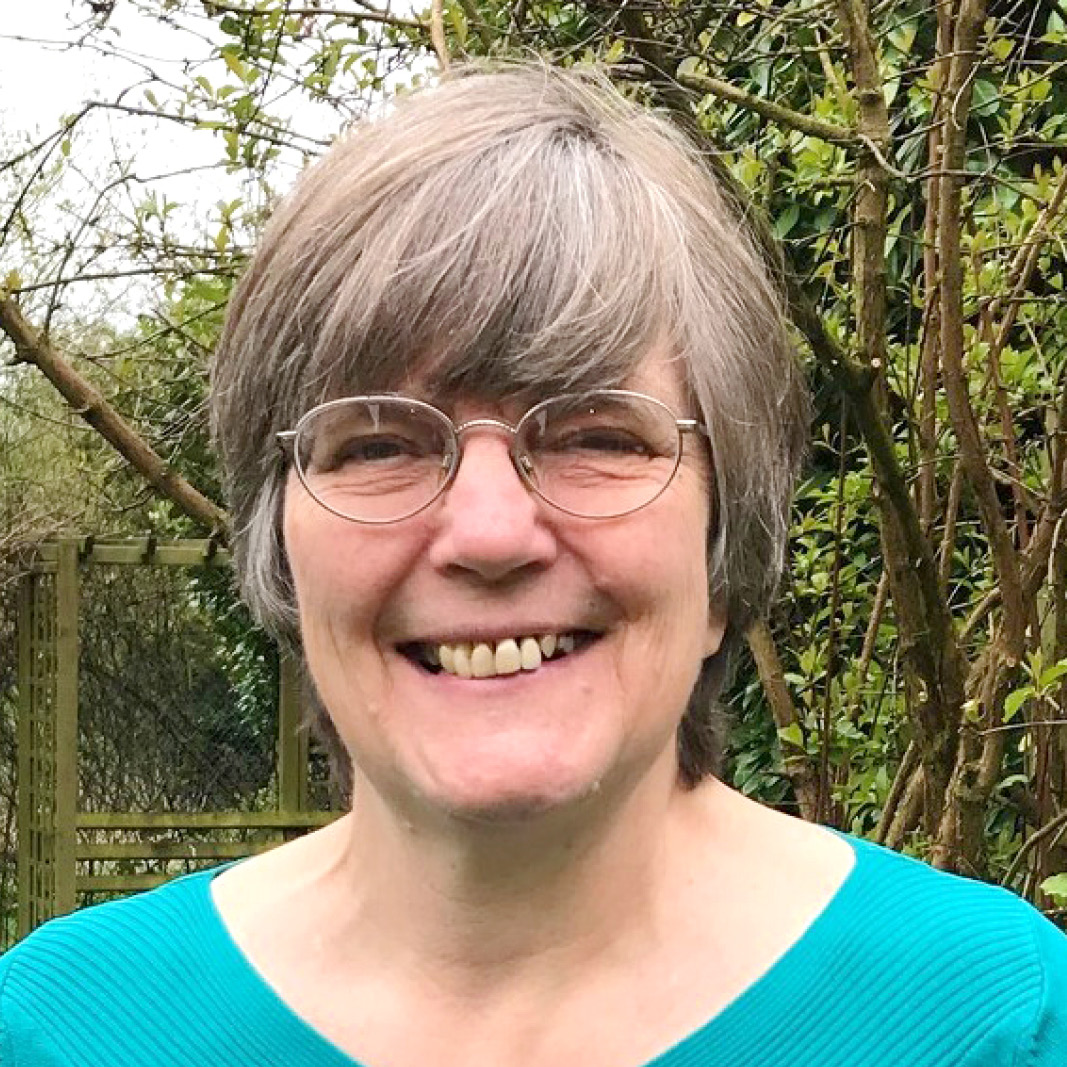 Clare grew up in Cambridge in a musical family, learning to play the cello from the age of seven. After an early career in journalism she joined Cambridge University’s Institute for Manufacturing, where she became Communications Manager, helping to disseminate research to industry. Since her retirement she continues to undertake freelance editing work as well as managing the website of Cambridge Open Studios. Clare enjoys playing her cello in the orchestra of the Cambridge Philharmonic as well as chamber music with the Cambridge Quartet Club. She is a trustee of the charity Cambridge Youth Music and, since 2006, has helped to organise an annual composing competition for children and young people aged 18 and under. As a trustee of Cambridge Summer Music she takes a particular interest in CSM’s promotional materials and website. 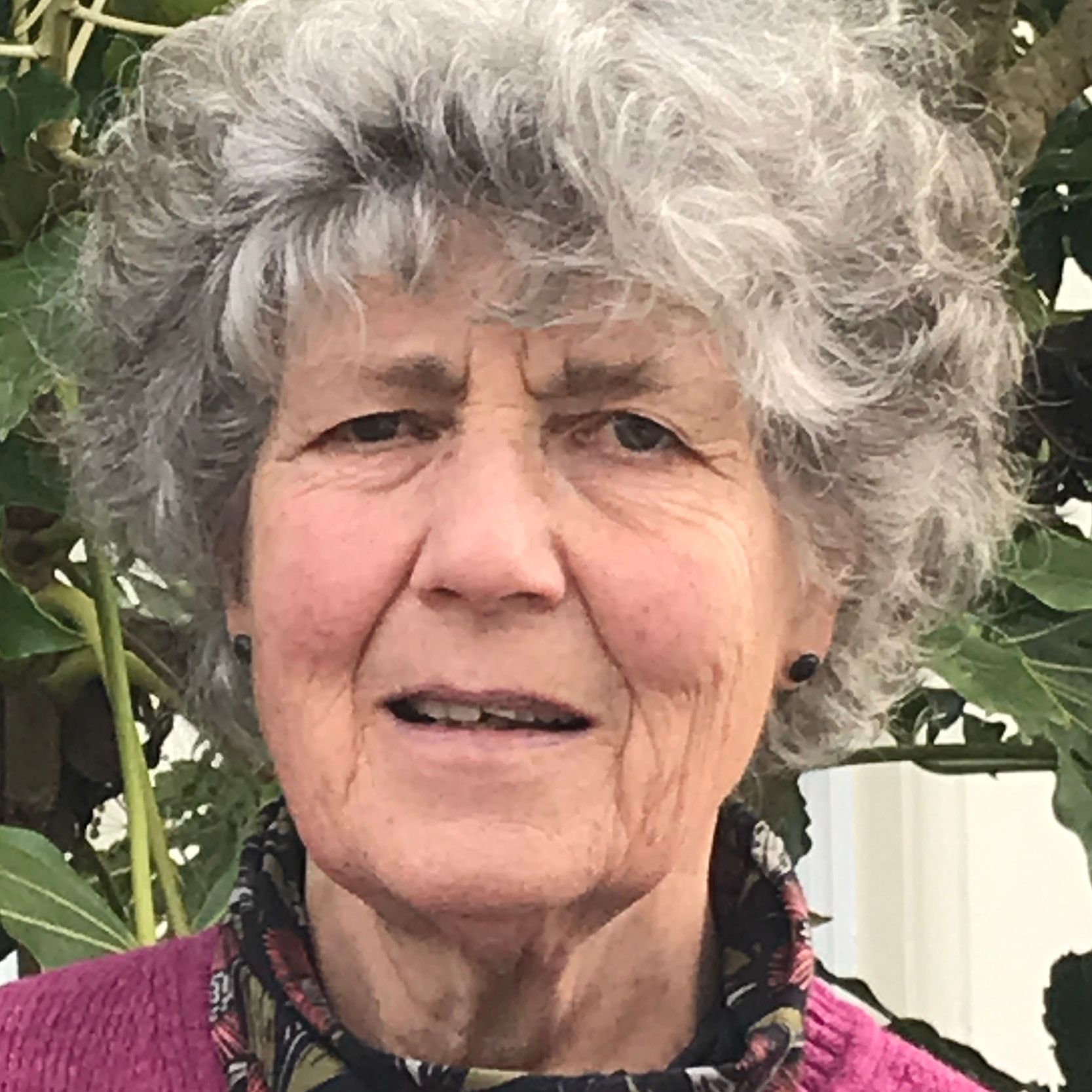 Dr. Hatty Harris is an amateur lover of classical music and has been a trustee of Cambridge Summer Music since 2013.  A scientist by training, she is a Fellow Emerita of Murray Edwards College where she held various managerial roles in addition to teaching.  She gained experience as a trustee as a school governor for three very different schools and welcomes CSM’s plans for a focus on musical education. 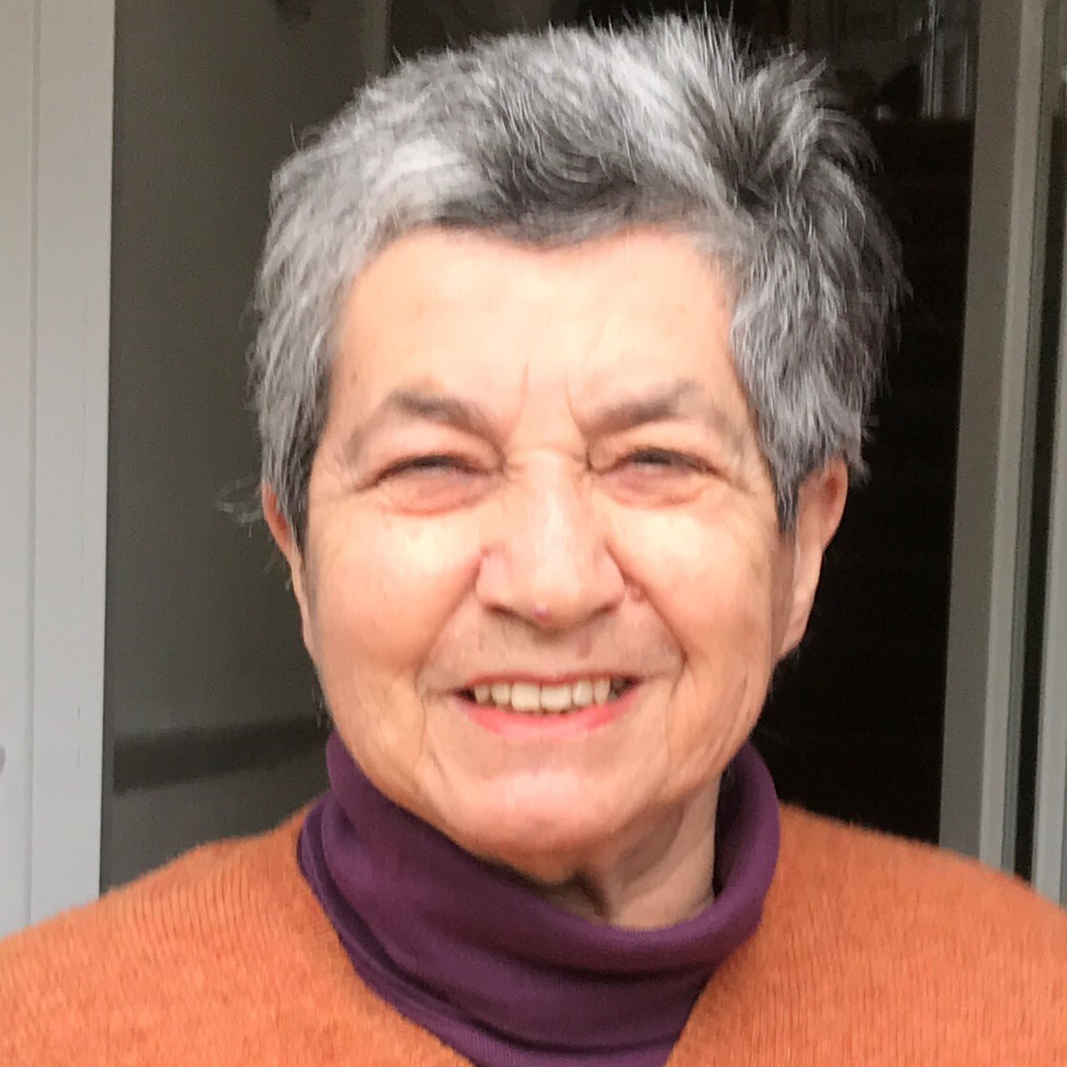 Daughter of composer Mátyás Seiber & Modern Dance lecturer Lilla Bauer, Julia read History at Oxford and a higher degree in Byzantine Studies.  She then worked as a lawyer, specialising in Family Law, and moved to Cambridge in 1979 on marriage to publisher Simon Boyd.  As Chair of Cambridge Szeged Society & Mátyás Seiber Trust since 2005, Julia has arranged many musical, choral and other artistic exchanges with Cambridge’s twin city, Szeged and cross-subsidised the Society’s musical activities from the Seiber Trust, expanding and diversifying the activities of both. She has also overseen the production of several recordings of Seiber’s music. Julia has been a trustee of CSM since late 2014. 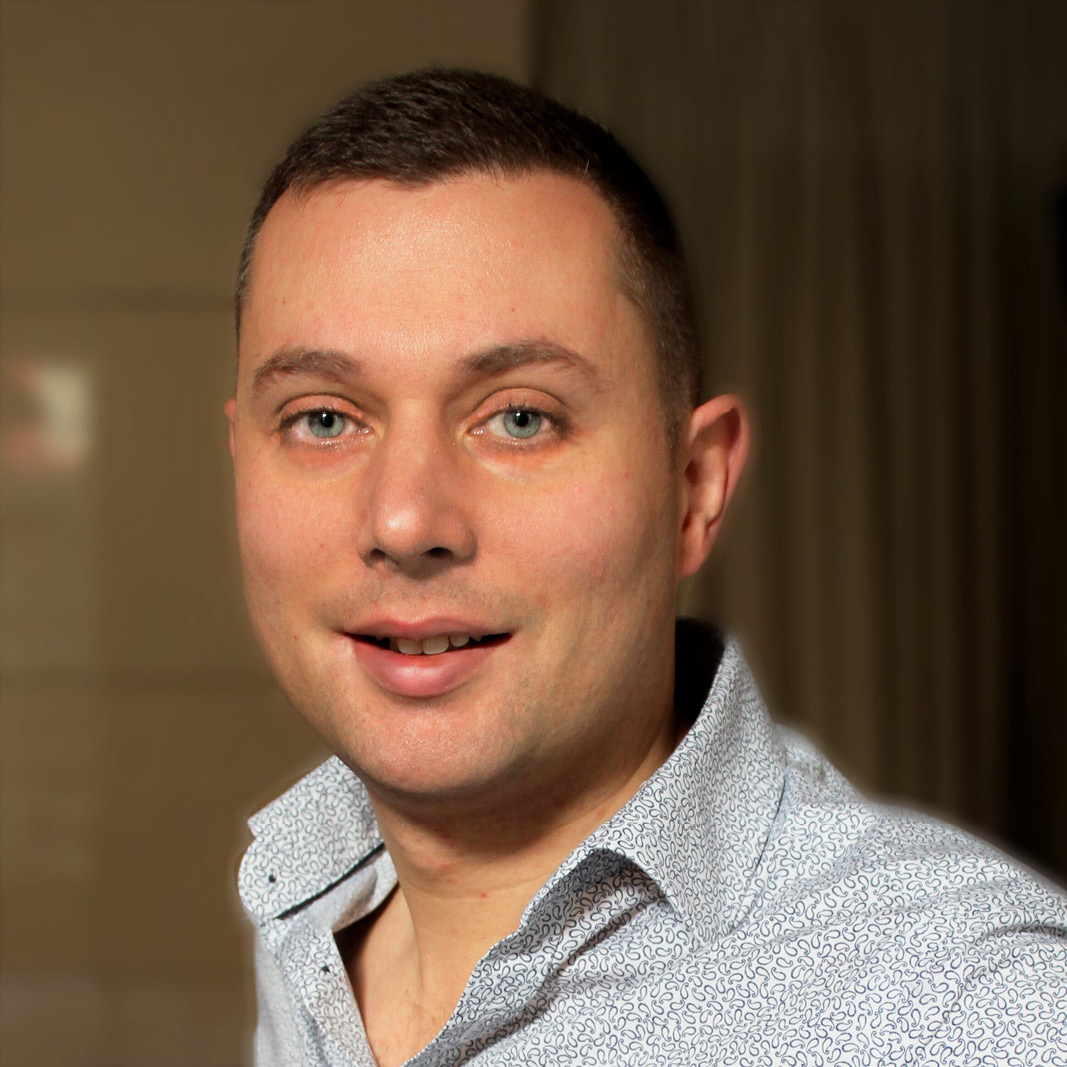 Geoff Parkin is Artistic Director at the Royal Over-Seas League, holding responsibility for running their renowned Annual Music Competition, programming concerts, exhibitions and talks and worldwide tours, as well as providing opportunities and mentoring for musicians, visual artists and writers from all corners of the Commonwealth. He previously ran the chamber music programme at the Royal College of Music and has also worked for Young Classical Artists Trust, Royal Academy of Music and Royal Northern College of Music. Geoff studied at the Royal Northern College of Music graduating with both a PGDip and a Masters in clarinet performance. His took his undergraduate degree in music at the University of Birmingham. He has performed with orchestras including Orchestra of Opera North, City of Birmingham Symphony Orchestra, Manchester Camerata and Northern Ballet Sinfonia, as well as in chamber music settings throughout the UK.
Geoff is a trustee of Chamber Studio and the Loan Fund for Musical Instruments, a patron of The Commonwealth Resounds, and an advisor for the Antigua and Barbuda Youth Symphony Orchestra. 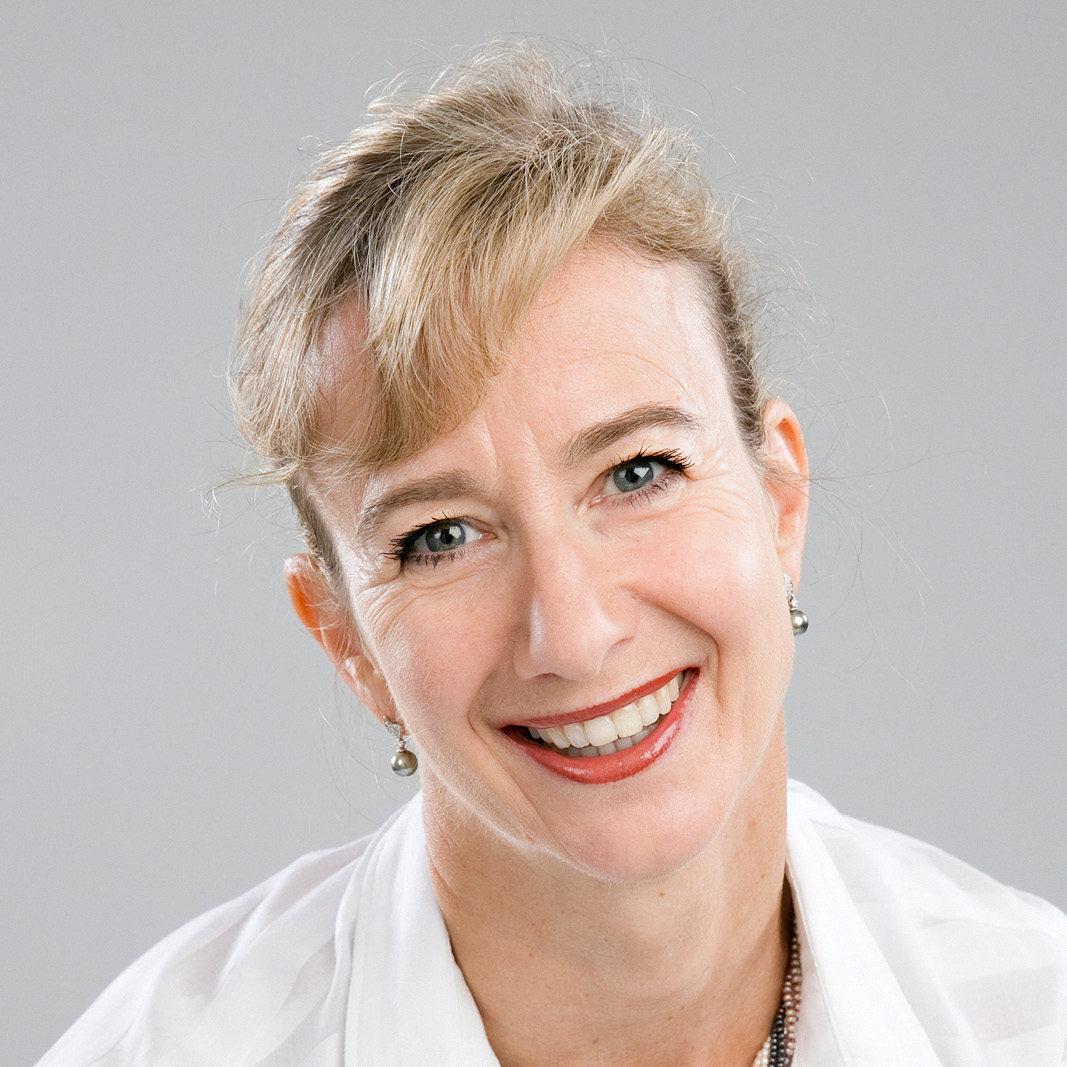 Catherine started her career in nursing, specialising in heart transplantation and becoming the first clinicians’ assistant at Papworth Hospital. Then for 20 years she was involved in the IT industry where she and her late husband, John Stewart, set up and ran several companies. Catherine now works in the charity sector, having spent six years on the board of Cambridge Community Foundation including Vice-Chair, heading up Events, Marketing and Donor Development. She is currently Vice-President of Cambridgeshire Red Cross, Director of Fundraising for the charity Power2Inspire, promoting inclusivity in sport, and sits on the Development Board of The Bach Choir. Her interests include a wide range of sports — cycling, kickboxing, real tennis and coxing – classic cars and wine (though not at the same time!) and she is learning to play the piano. 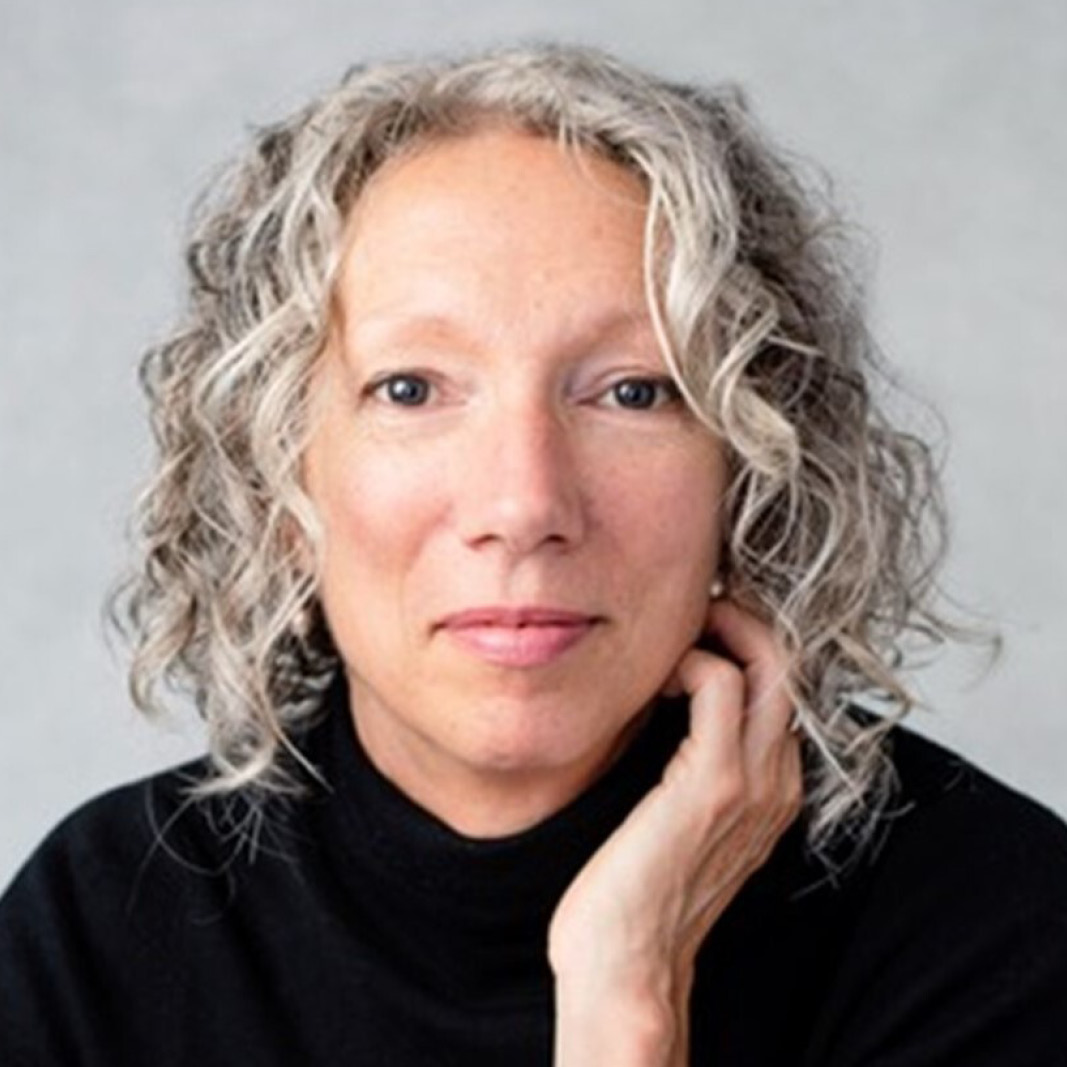 Clare Morris has been professionally active in the wider Cambridge area for 25 years, in business development, sales, and engineering recruitment. Clare’s current focus is creating for her clients roadmaps for confident business decision making and growth, using strategies that stand the test of time, change and future challenges. With a background in business strategy, development and planning, Clare is reframing the traditional business model specifically for independent and charitable organisations, connecting her clients’ businesses to their customers. Clare’s out-of-hours interests include creating a biodiverse garden, running, snowboarding and taking ever-softer footsteps into sustainable and organic living. 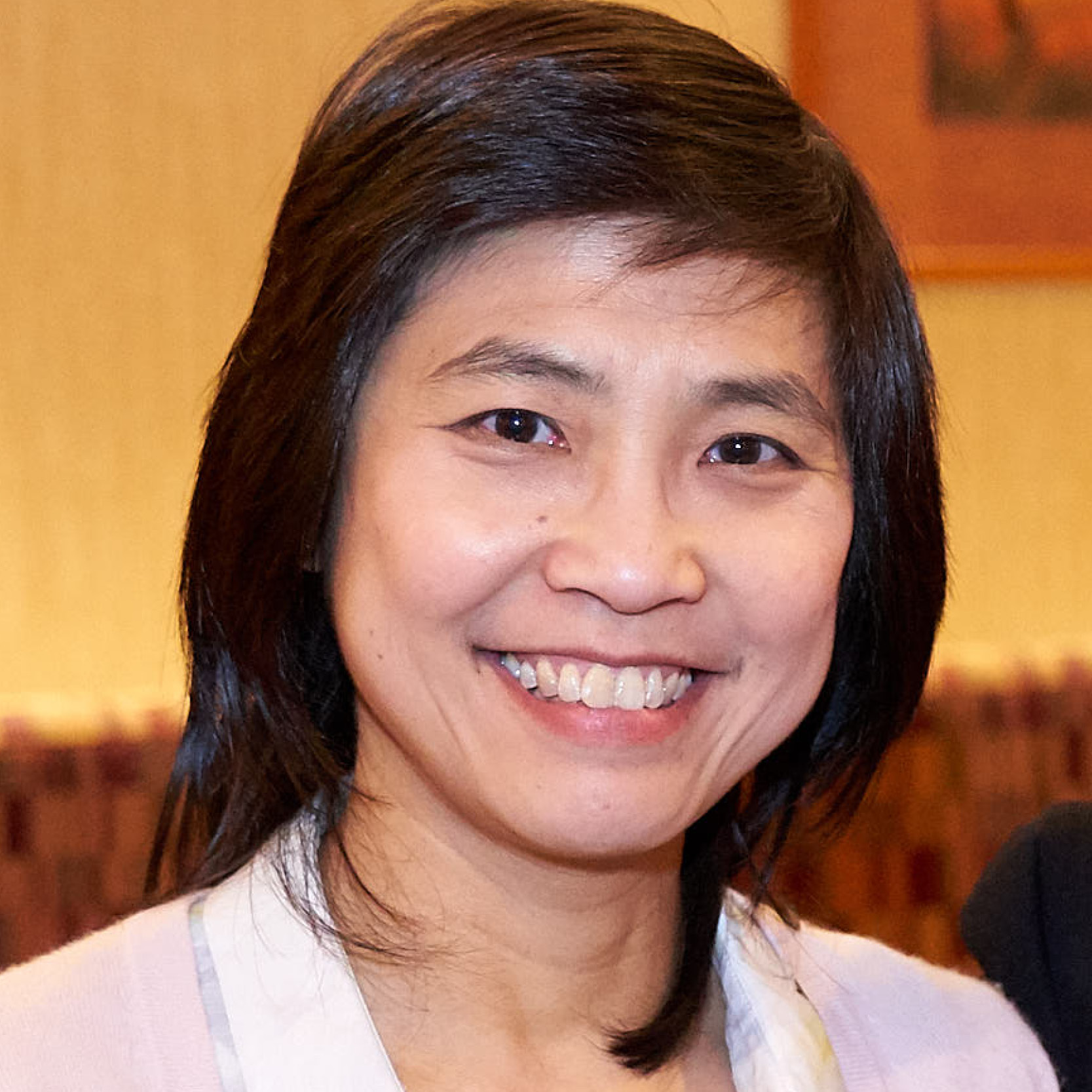 Angela is a Chartered Accountant. After qualifying with KPMG, she worked at the high-tech company Arm in Cambridge for nearly ten years. During this time, Angela supported the growth of the company from under 100 employees to a FTSE-100 company with over 700 employees and helped prepare the company’s dual flotation on the London Stock Exchange and Nasdaq in the US. After leaving Arm, Angela took a career break to look after her two sons. She now works as a consultant helping to scale up high-tech companies, alongside applying her professional skills to support charities that align with her interests. Angela is part-time Finance Director at Cambridge Spark, an education technology company that specialises in data science and AI. She is a trustee of Woodgreen Animal Shelters and Pro Corda, a music education charity. She will take up her appointment as Governor of the Perse School in September 2021. Angela read Engineering and Management Studies at Newnham College, Cambridge.