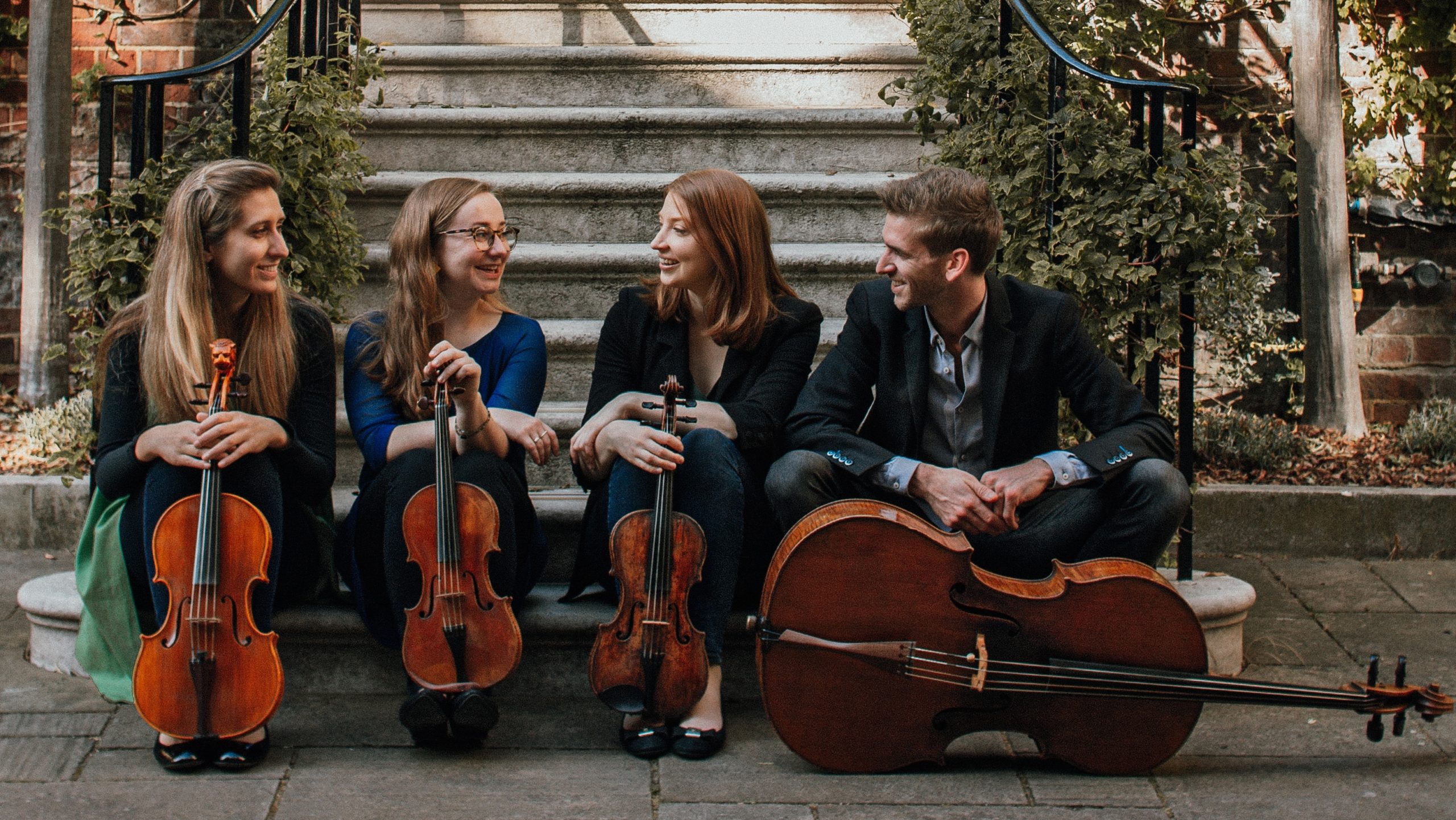 This performance will happen twice

This concert is a replacement for the Chiaroscuro Quartet who have sadly had to pull out of the festival due to Coronavirus travel regulations.

The first period instrument quartet to be selected as BBC New Generation Artists, the Consone Quartet are fast making a name for themselves with their honest and expressive interpretations of classical and early romantic repertoire. Their debut CD (released in 2018 on the French Ambronay Label) explores music by Haydn and Mendelssohn, and was met with great critical acclaim as a recording “that instantly leaps out of the stereo at you as something special” (The Strad, 2019).

Formed in 2012 at the Royal College of Music in London, the Consone Quartet are winners of the 2016 Royal Over-Seas League Ensemble Prize in London, having previously been awarded two prizes at the 2015 York Early Music International Young Artists Competition, including the EUBO Development Trust Prize and a place on the EEEmerging Scheme in France.

The quartet has been enthusiastically received at London’s Wigmore Hall, King’s Place, St Martin-in-the-Fields and at the Edinburgh, Cheltenham, and King’s Lynn Festivals amongst others. The Brighton and York Early Music Festivals have been loyal Consone supporters over the past few years and regularly host the group.

Keen to enhance their international reputation, the quartet has performed at the Paris Philharmonie String Quartet Biennial and the Lyon Auditorium in France, at the Concertgebouw, Brugge and AMUZ in Belgium, twice at the REMA Showcase, the Concerts d'été à St Germain in Switzerland and at other venues in Italy, Austria, Bulgaria, Slovenia, as well as on tour in Bolivia and Peru.

2021 sees the group returning to the Wigmore Hall, Buxton and Cheltenham Festivals, touring in Japan and the north of England and Scotland, as well as a ‘Consone & Friends’ BBC Radio 3 series from the Dora Stoutzker Hall in Cardiff. The quartet is also curating a new online series of three concerts in barns, entitled ‘Barnstrorming!’. The project is kindly supported by the Continuo Foundation.